The shameful events in recent days have reminded us that there is a growing hate crisis right here in Canada.

This week, CIJA responded to a local food store in Toronto that stated “Zionists not welcome” on its social media page. Upon further inspection, we found almost every antisemitic stereotype about Jewish people on the Instagram account, including posts about control of the media and economy, interfering with democracy, and comparisons with Nazis, substituting the word “Jew” with “Zionist”. Then, over the weekend, an anti-Israel protest took place at Celebration Square in Mississauga, Ontario in which protesters chanted “the Jews are our dogs” in Arabic.

The common string connecting these incidents is the use of the word “Zionist” as a substitute for “Jew”.

Zionism is the national liberation movement of the Jewish people, seeking emancipation from oppression in their ancestral homeland – Israel. Though political opinions and perspectives diverge, the overwhelming majority of Jewish Canadians are Zionists; that is, they believe in the fundamental right of the Jewish people to self-determination.

In a vibrant democracy like Canada, there is plenty of room for legitimate debate around Israel and the Middle East. But it is unacceptable that in 2020, especially when we are grappling with rampant hate and racism in our society, people feel comfortable enough to use dehumanizing and exclusionary language targeting the Jewish community – all under the thin veil of “anti-Zionist” activism.

The days of signs stating “No Dogs and No Jews” at establishments in the GTA should be firmly behind us.

Judging by the thousands of messages we have received, you are as fed up as we are with the incendiary Jew hating rhetoric that is polluting civil discourse in Canada.

History has taught us that public expressions of these dark ideas are a reliable predictor of violence against the Jewish community. We will not stand for it.

Here is what we are doing: 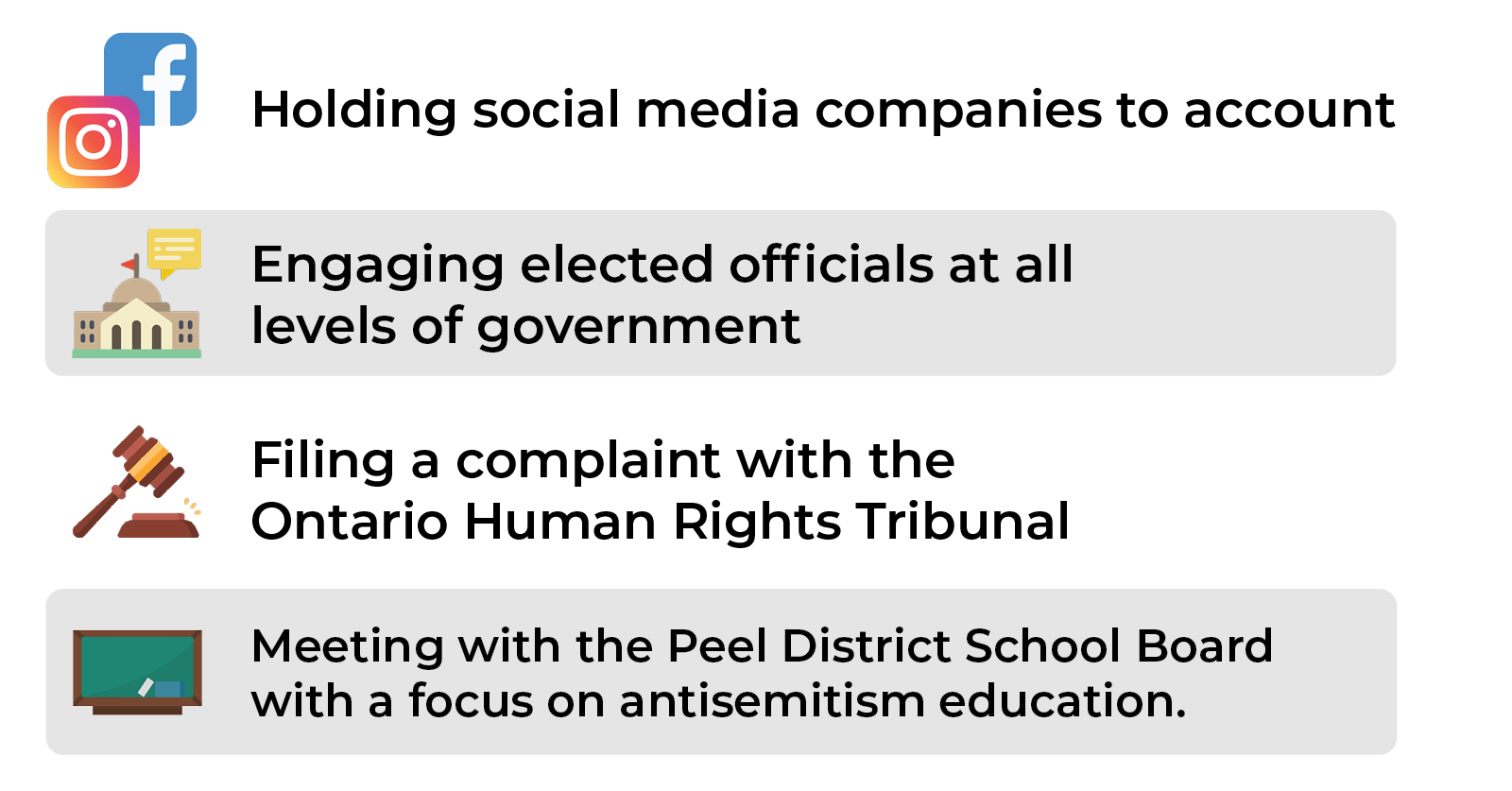 Here is where you can help:

In February, the Ontario Legislature demonstrated its commitment to making our province a safer place for Jews by lending their overwhelming support to Bill 168: An Act to Combat Antisemitism at second reading. We deeply appreciate the government’s support for this initiative, and the hard work of MPPs Will Bouma and Robin Martin in bringing it forward.

It is now time for this bill to become law.

We cannot fight antisemitism effectively if we are unable to properly identify it. Adoption of the International Holocaust Remembrance Alliance (IHRA) definition of antisemitism will provide clear, globally accepted guidelines that empower government and civil society to tackle the world’s oldest form of hate.

Join us in urging Premier Ford and all Ontario MPPs to pass Bill 168: An Act to Combat Antisemitism into law.

Please forward this email and encourage your friends and family to sign up for CIJA updates so we can invite them to join the fight.

A Word from Our Chair, CIJA Publications
Posted on July 10, 2020
© Copyright 2015 CIJA. All rights reserved.
Legal and Privacy Information