A Word From Our Co-Chairs: Busy Week, Lots To Report 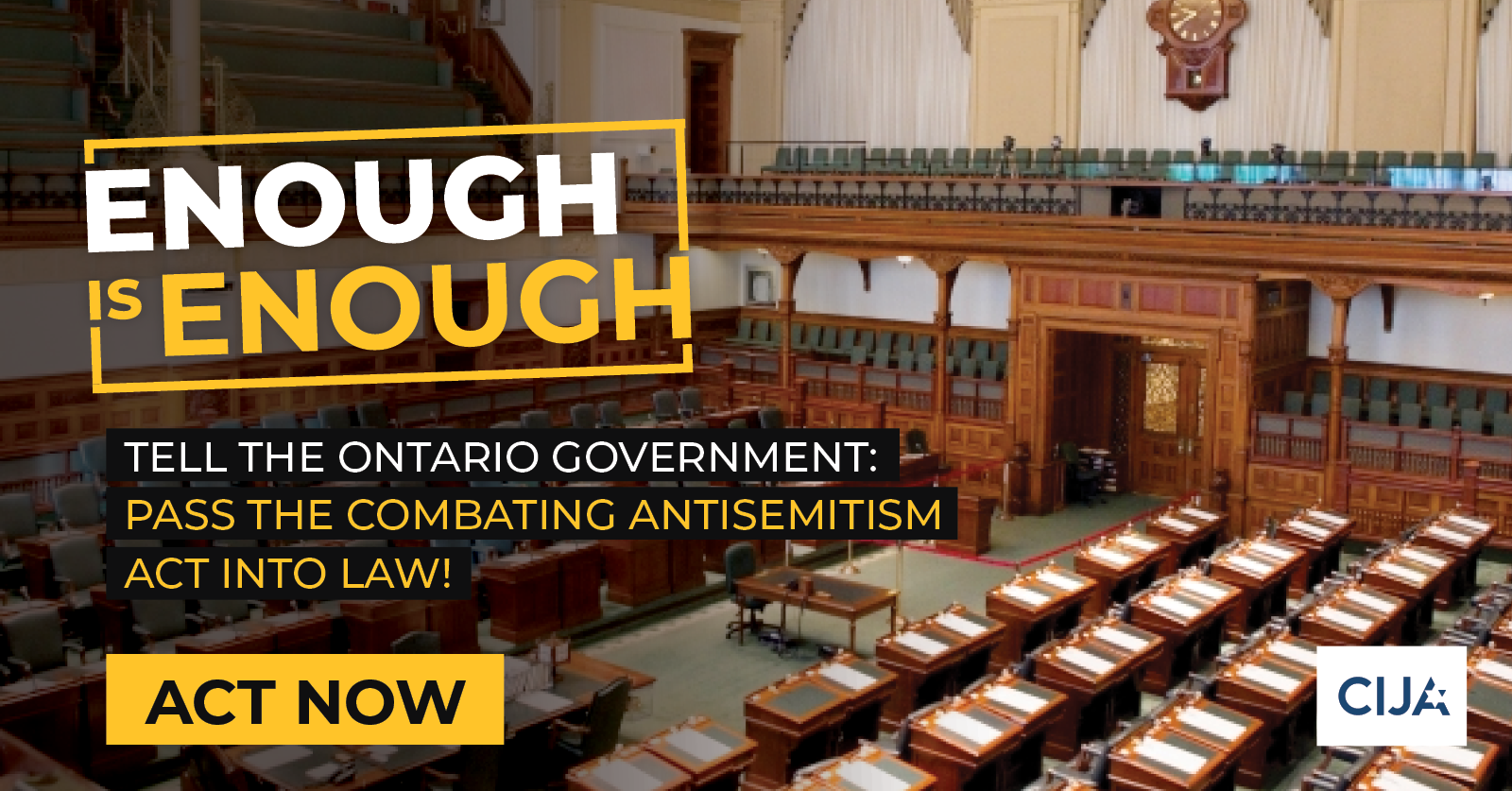 This week, we continued encouraging the Ontario Government to pass the Combating Antisemitism Act. In light of the numerous antisemitic events of the last few weeks, passing this legislation seems more urgent now than ever. You can help. 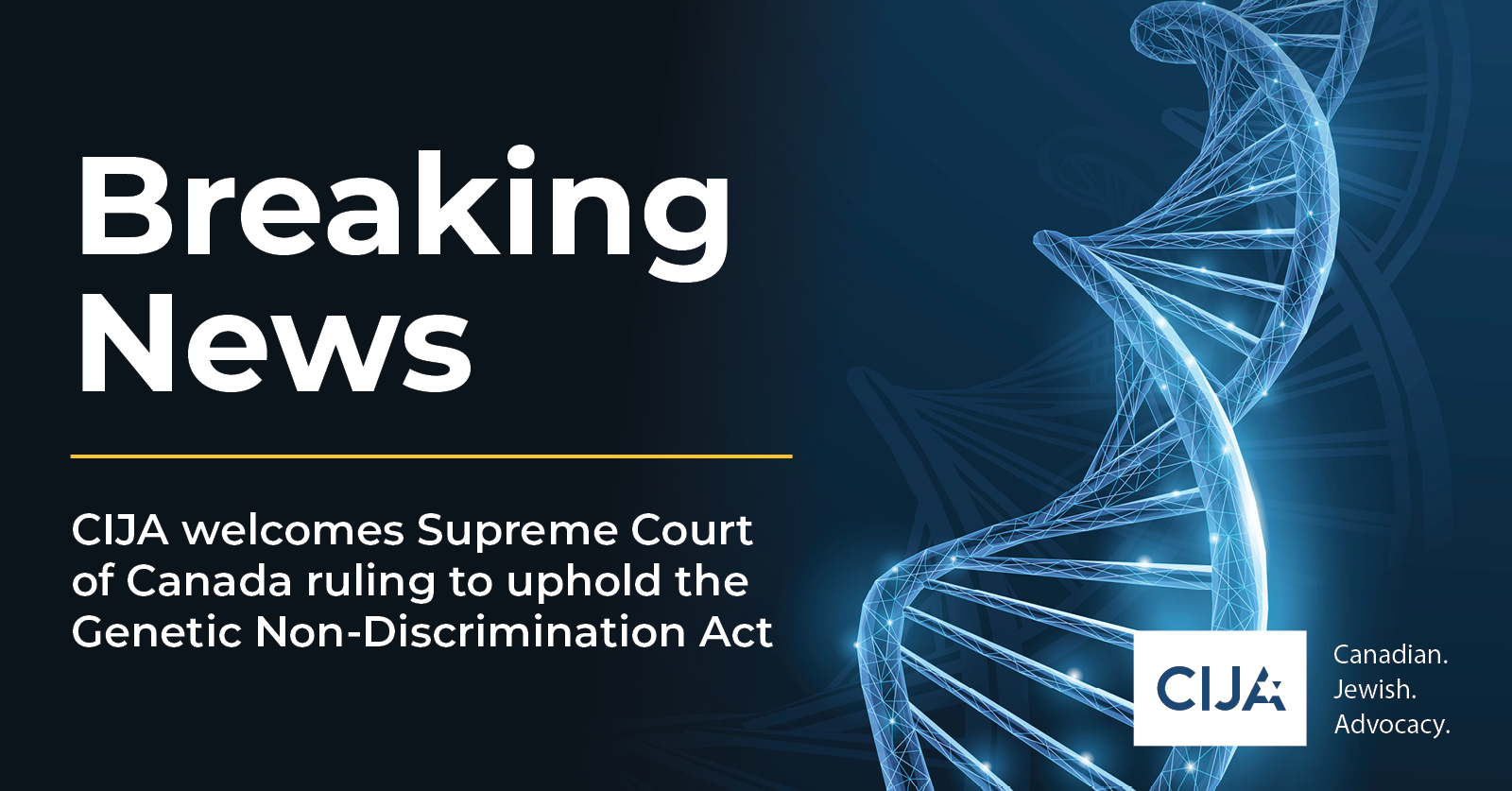 Last Friday, the Supreme Court of Canada upheld the Genetic Non-Discrimination Act. As a proud member of the Canadian Coalition for Genetic Fairness (CCGF), CIJA has long advocated for the prevention of genetic discrimination. The Supreme Court ruling marked the culmination of years of effort by many, including Senator James Cowan and Member of Parliament Robert Oliphant, to both of whom we are grateful. This is a victory for all Canadians because it means greater protection of their most personal information – their genes. 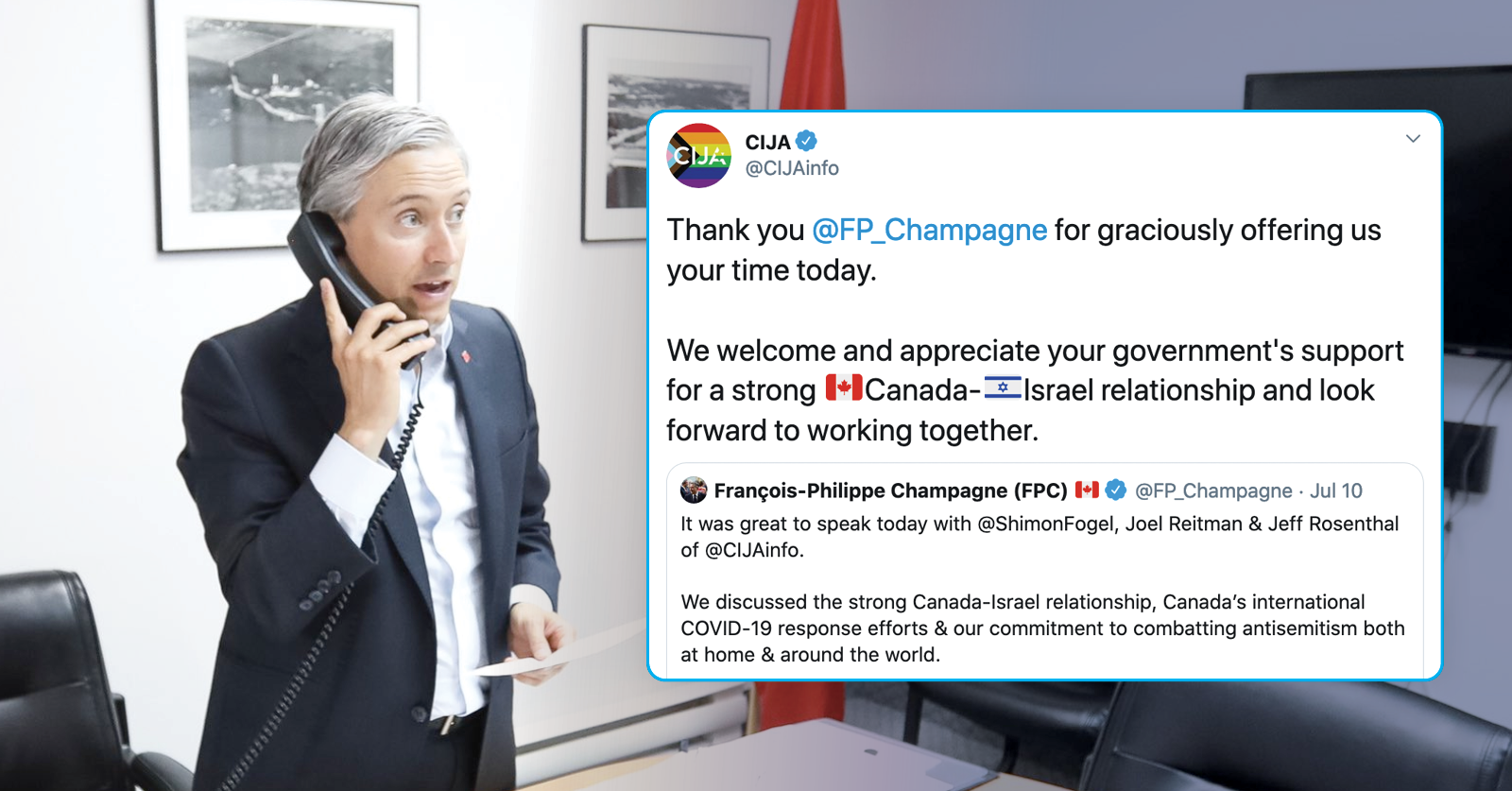 Finally, last Friday, together with CIJA CEO Shimon Koffler Fogel, we met virtually with the Honourable François-Philippe Champagne, Minister of Foreign Affairs. During the meeting we discussed a range of issues important to our community, including recent developments in Israel and the Middle East, the United Nations, and the Canada-Israel bilateral relationship, with a particular focus on the innovation agenda.

The meeting was warm, positive, and productive. We look forward to a time when the situation will allow Minister Champagne to visit Israel, and we thank him for his time and friendship.

A Word from Our Chair, CIJA Publications
Posted on July 16, 2020
© Copyright 2015 CIJA. All rights reserved.
Legal and Privacy Information